​​The End of the Game for Handshake Lines 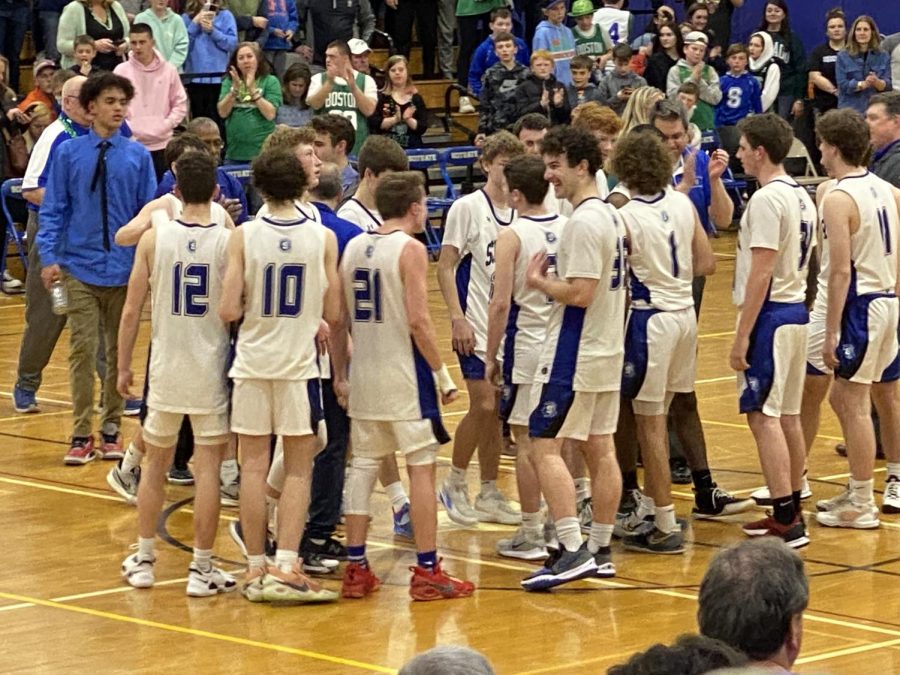 Handshake lines have been a tradition in school sports

Handshake lines–a classic tradition in college basketball where teams and coaches from both teams form a line to shake hands following the final buzzer. The long-running tradition of a handshake line at the end of the game is intended to show good sportsmanship; however, can sometimes result in heated moments.

A prime example of this took place on the NCAA courts just a few weeks ago during the Michigan Wolverines and Wisconsin Badgers’ high stakes game as both teams fought for positions in the NCAA March Madness tournament. Nearing the end of the game, Wisconsin Head Coach Greg Gard called a timeout, followed by the securing of their win. Michigan’s Head Coach Juwan Howard confronted Gard in the postgame handshake line, physically attacking and swinging at members of the Wisconsin coaching staff, which spiraled out of control.

Sadly, this wasn’t the first time an incident like this has happened during the post-game handshake line. North Dakota State and Oral Roberts University, among others, have experienced post-game brawls, as well as high school teams across the nation. The number of incidents has continued to rise over the last few years, leading people to raise the question: Should the NCAA and high school divisions get rid of the handshake line?