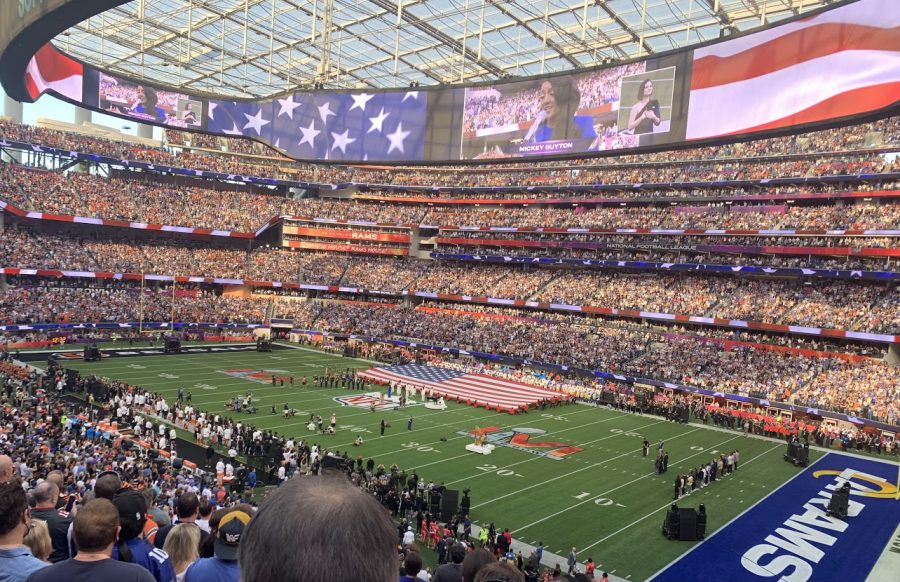 On Sunday, February 13, 2022, the Cincinnati Bengals and the Los Angeles Rams will be going head to head in a unique matchup at SoFi stadium in California for Super Bowl LVI. The pressure is high for quarterbacks Joe Burrow (Bengals) and Matthew Stafford (Rams), who will both square off in their first-ever Super Bowl showdown. In fact, 25-year old Joe Burrow is under a lot of stress, as he is seen as the most popular player in the NFL playoffs right now in only his second year in the NFL. This year’s Super Bowl should be a fun one.

The Super Bowl isn’t just a game: For most fans, it is an experience more than just a football game. The football, the snacks, the commercials, and the half-time show are all a part of the experience. In addition, the Super Bowl is one of the biggest games to bet on and interact with. Due to the fact that the New England Patriots aren’t in the Super Bowl this year, SHS students are choosing who they’d like to win for many different reasons. For example, Oly Ravelo, a sophomore at Scituate High School said, “I want the Rams to win because Matthew Stafford has been working really hard, and the Rams have a lot of really good players on their lineup. My score prediction is 26-13, Rams.” SHS mathematics teacher, Jonathon Schindler commented, “I want the Bengals to win because I always love the underdog and I also really like Ja’Marr Chase and Joe Burrow. My score prediction this year is 30-26.” SHS senior Ali Rehm, said, “I want the Bengals to win because Joe Burrow is cute.”

Fans are also excited for the reputable Super Bowl Half-Time Show. Performing this year are award-winning artists such as Dr. Dre, Kendrick Lamar, Eminem, Snoop Dogg and Mary J. Blige. Sophomore Natalie Naylor says she “only watches the game for the Half-Time Show.”

As one can see, the Super Bowl brings all sorts of reasons for fans to watch–from how good the teams are to how good the players look. Super Bowl LVI is going to be a dogfight based on the statistics, and it will be a game that everyone should watch!