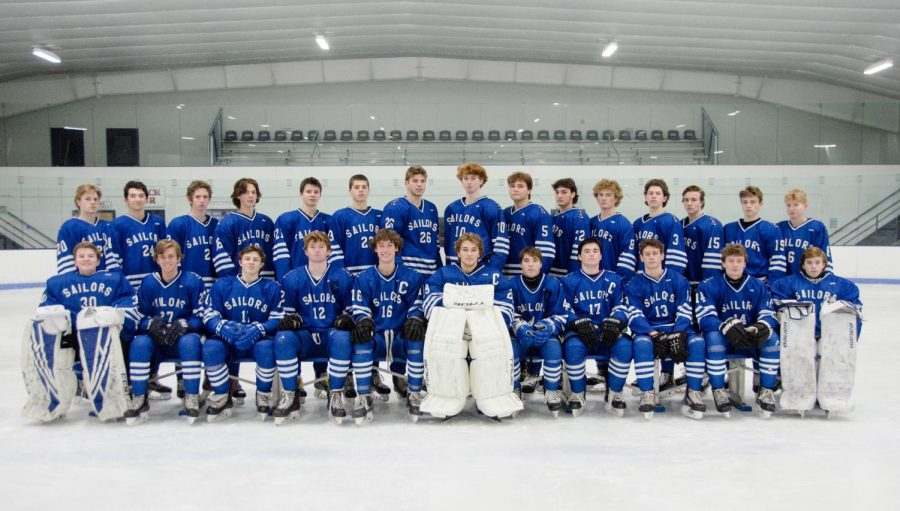 Heading into the 2021-22 boys hockey season, senior captain Ben Whitman had one goal in mind: a ring. Fellow senior captain Chris Sullivan agreed, stating he wanted to end his high school career with a deep state tournament run, capped off with a championship game at TD Garden. Going forward, that goal will be on their minds as they look to make a run for the title, Sullivan commentating that the team’s “strength will be in our forward.” He expects the top two lines consisting of senior captains Bob Boyle, Dylan McDonald, and Whitman, along with juniors Timmy Lochiatto and Teagan Pratt to provide lots of scoring for the Sailors. Both Sullivan and Whitman highlighted the depth of the team, something that not many teams can say they have. Defensively, senior captain Cole Coyne is between the pipes and looking to build off a strong junior campaign last year.

Throughout the first six games, the sailors find themselves with a 4-2 record; Coyne has held the opponents to under two goals in four of the games along with one shutout. The season didn’t get off to the start the boys were hoping for, suffering a 4-3 loss to Norwood High School at Gallo Arena on Saturday, December 11th. Sullivan said the loss gave the team some “good learning points that we were able to use on Sunday against Plymouth North.” He was correct: the team bounced back with a 7-2 thrashing over the Plymouth North Eagles. After the win, Sullivan commented, “The energy was great, the wheels are buzzing, and we need to keep this momentum going.” That win started a three-game win streak for the boys, only losing a 3-1 battle to Duxbury, which came down to the final minutes of the game.

Like any other determined team, however, after a loss, the team bounced back again with a New Year’s Eve defeat of Silver Lake 4-0, with Coyne posting his first shutout. Sitting at 4-2, the Sailors want to keep up the winning streak heading into the thick of the schedule with not much time off.

After a season without fans last year, the fans are back and packing the stands. The notoriously rowdy student section has seen great turnouts for nearly all the games. Both Whitman and Sullivan see the impact of the student section and having fans back: “The energy out there with fans is a whole different level,” said Sullivan. Whitman calls the student section “awesome,” saying the team gets an “extra spark” from the crowd. Having fans in the stands brings a level of energy and enthusiasm back to the game that was missed last year. As the season goes on, watch out for the Sailors, who are looking to make some noise.