What can we, as individuals, do to help move our country forward?

The implications of emerging technology are endless 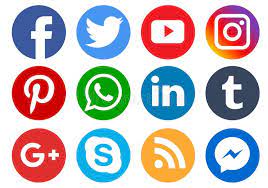 You lie on your soft bed, encased in a warm black blanket reminiscent of a cocoon and entranced by the glowing screen shining upon your weary eyes. How long has it been since you got home? You should probably start your homework–especially that AP Lang Letter assignment. Yet, your body remains still; the little flat box in your hand and its colorful dancing pictures have utterly ensnared you. What now? It’s almost ten o’clock, and your tired body is ready for bed. But your anxious brain reminds you that there is still so much left to do. It’s okay: you can do your homework tomorrow. Maybe you’ll wake up early like you always promise yourself you will. However, hardly any high school student follows through on such a promise.

An increase in technology’s role in our lives is inevitable. In fact, it has already been happening for longer than we realize, with repercussions we are only just beginning to understand. Why has it so normalized to give children these time machines? Technology has always been vital to the evolution and advancement of the human race; however, we must oversee it with immense caution, as these products could severely harm our children or us.

Social media, a relatively recent byproduct of technology, continues to have a multitude of negative effects on adolescents. In this age of technology, American teenagers have all the information in the world at their fingertips–fed to their brains through short clips or a few images. They don’t need to go to the library, go to the movie theater, read a newspaper, or even speak to their friends; everything is just a flick, swipe, or scroll away. Many of them become addicted to this rapid consumption of information. They find themselves unable to stop, falling victim to procrastination.

The impact of their addiction is profound. Some teenagers develop mental health issues, such as anxiety or depression, after constantly seeing thousands of people–both peers and strangers–and comparing themselves to them. No matter how pretty, muscular, smart, or accomplished they are, they’ll always see someone who seems to be better off than them on social media. Some children, especially younger children, develop issues with concentration. I see this clearly in a young student I tutor, who struggles to remember to turn the sink tap off but plays on his iPad and watches YouTube simultaneously. He has never needed to develop a vivid imagination, as he has never fully experienced boredom (unless his iPad is out of reach). It’s hard for him to focus on his homework, and he’s always asking when he’ll be allowed to play on his iPad again. This concerns me, especially since other children brought up on devices behave similarly. One day, these children will be running the country and entering the workforce. How could they possibly manage that when the only thing that motivates them is their access to devices?

As the capabilities of technology advance, we must be wary of how our government utilizes these resources. With enough technological power at its disposal, the government could become corrupt, and we could find ourselves living in a 1984-like universe. In the aforementioned book, by George Orwell, the totalitarian government uses its technology (which is much more advanced than any ordinary citizen would ever have access to) to spy on its citizens through their television screens for any signs of rebellion. Conversely, in real life, a totalitarian government exists in North Korea and uses technology against its citizens. Although regular citizens generally cannot access the internet, the ones who do must do so through a North Korean operating system called Red Star OS. The operating system can track documents, find out who uploaded them, and/or delete them. In short, it censors free speech. Although it is not likely America will follow in the footsteps of Orwell’s novel or North Korea (our Constitutional Amendment rights protect us), we must establish more regulations on technology to keep those in power from abusing it.

Technology with the potential to be abused has already emerged in the U.S. For example, hackers have been able to gain access to private security cameras (brand name: “Ring”). Many families used these cameras to keep an eye on their children, but to their horror, someone else was watching them too. The hackers were even able to speak to the children. Another example is the Amazon Alexa and Echo. A team of Amazon employees listens to users speak when using their Alexa or Echo to collect data and make improvements. It’s unnerving to know that a group of strangers could be listening to your conversations, but the future implications of these kinds of devices are much worse. They could be used for stalking, planning a burglary, or any other crime.

Smart devices, in general, have a high potential for abuse. In the future, all appliances could be smart devices under the control of one person. This could be extremely harmful, as it could create or intensify abusive relationships where only one person has the power to turn on the stove or regulate the temperature.

One could argue that technology has been nothing but beneficial to the human race. After all, since the first human species to create tools, Homo habilis, began to sharpen rocks to create crude knives, the advancements humanity has made with the help of technology are incredible. It is true that technology has brought certain human societies a much higher and more comfortable standard of living in comparison to less technologically developed societies like the Sentinelese, an uncontacted tribe that lives on the North Sentinal Island. Indeed, good things have resulted from technology: the wheel, the vacuum cleaner, the telephone, and much more. However, as is the case with candy or drugs, there can be too much of a good thing. Parents and ordinary citizens need to become more educated on the implications of rapidly evolving technology; to prevent their children from forming an addiction; keep their children mentally healthy; protect themselves from those who abuse technology.

To solve our current problems with technology, and to avoid future problems, we must oversee the rapid development of technology with caution. As individuals, we need to educate ourselves on the dangers of technology and advocate for regulations. The implications of emerging technology are endless, but above all potential benefits, safety is the most important factor to consider. Parents especially must be careful with technology as it can negatively impact their children–our future leaders. It’s still possible to help them, even if they grew up on devices. With the help of his family, the student I tutor has made bounds in improving his grades and doing activities other than playing on his iPad. He’s joined Boy Scouts and reads daily. It takes time and patience, but taking action sooner rather than later is vital. To effectively take a stand against the growing threat of technology, we, the ordinary citizens of America, must take action in any way we can before it’s too late.