Should SHS and Gates Align their Daily Schedules? 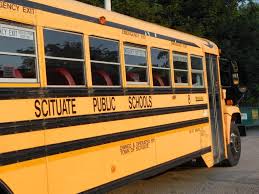 A few years ago, Scituate closed the doors of the old Gates Middle School for the last time.  Constructed in 1916, the building, which replaced the “Little Red Schoolhouse” as the town high school, was not originally wired for electricity. In 2012, it was clear that the middle school was no longer a suitable building for learning, and a committee was formed to explore the feasibility of building a new school. Five years later, this became a reality.

The new modernized version of Gates Middle School was built on the same campus as Scituate High School, providing new opportunities for students and teachers: Shared resources and the easy ability to pass from one building to the other should foster increased collaboration. Unfortunately, the two schools’ different schedules prevent this from happening.

Scituate High School has a rotating 7-day schedule with 5 classes a day and 7 classes total. The students at the high school drop two classes each day of the rotation. At Gates Middle School, there is an easier-to-follow 5-day schedule. At the middle school, “Monday is always Monday,” says Gates Principal Ryan Beattie; meanwhile, at the high school, “Monday” could mean any one of the seven different class schedules.

Beattie values the Gates schedule, as it allows students to explore all the opportunities available to them. He does not believe the high school schedule would allow the proper amount of time for the middle school students to fulfill all of their middle school requirements. Gates School opens the students up to career opportunities by requiring them to take engineering, drama, art, and robotics classes.

When asked about the possibility of aligning the two schools’ schedules, Beattie believes it could be challenging. This is due to the requirements as well as the staggered school start times, which were implemented to mediate traffic. If they were to align the schedules, however, Beattie would want to hold onto the valued parts of the Gates schedule. Even if they did not align the schedules, he believes the two schools may interact with each other through different pathways such as mentoring.

SPS Assistant Superintendent of Curriculum, Instruction, and Staff Development, Heidi Driscoll, expressed enthusiasm for mentoring possibilities. As Driscoll celebrates her one-year anniversary with Scituate Public Schools, she sees good in both of the schedules: She likes the high school’s rotating schedule and believes the middle school schedule provides unique opportunities such as interest-based clubs and advisory. If the schedules were to be aligned, Driscoll believes it could open up the “opportunity for middle school students to take high school classes.” However, if this were to happen, she said a new schedule for both schools would have to be created. According to Driscoll, there are no current plans to align the two schedules.

Long-standing SHS music teacher William Richter believes the high school and middle school schedules should be aligned. Because Gates and SHS share the same piano accompanist, Richter would like to avoid having the pianist miss class or attend half of a class so she can meet the scheduling demands of both buildings.

When it comes to aligning the schedules, Richter said it would give him more opportunities to “be more of a presence in the middle school choruses,” which he would like to do. Richter also sees the benefits of aligning the schedules so resources–including teachers–could work in both school buildings.

Unfortunately, there are no current plans to align the schedules of the middle and high Schools. However, this does not eliminate the possibility of the high school and middle school interacting with one another through mentoring and clubs. Who knows–maybe one day one brave student will come up with an idea that will bring these two schools together.