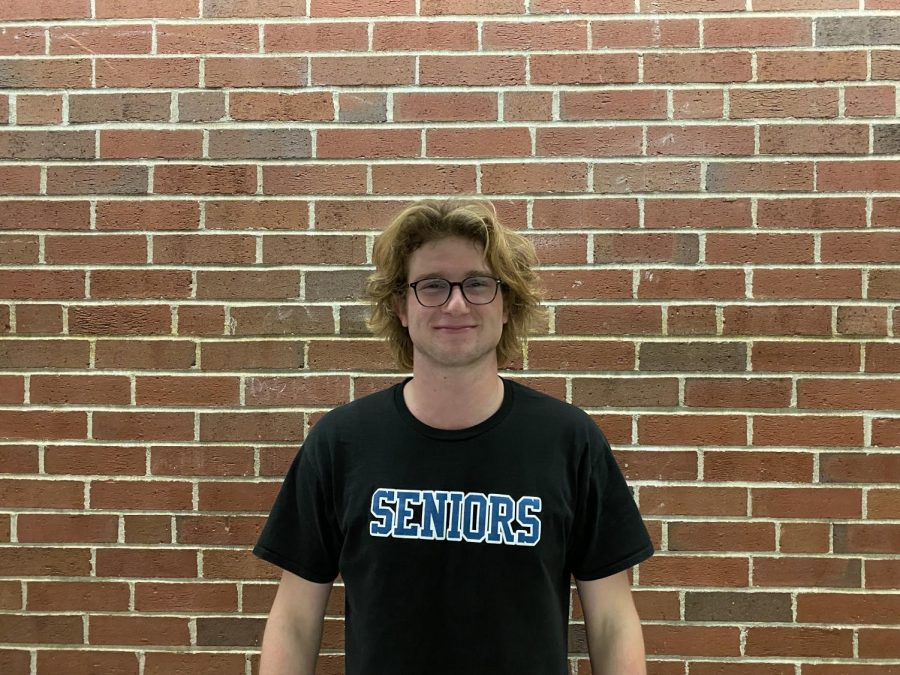 Known for "deer-antics" in history class, Patrick Sullivan is a fun addition to this year's Senior Sleigh Ride

SHS senior Patrick Sullivan is known for his animated and friendly personality. With extensive experience in extracurricular activities, Sullivan navigates numerous leadership roles: As the captain of the varsity wrestling team and a coordinator for Allies Not Bystanders, he contributes greatly to the positive energy within SHS.

A resident of Scituate his whole life, Sullivan has developed a passion for history. It’s no surprise, then, that among Sullivan’s favorite teachers, SHS history teacher Kristen Emerson ranks at the top. He appreciates everything she taught him and felt a strong connection to her teaching style. In fact, one of Sullivan’s favorite high school memories was a recurring event in Emerson’s class: referred to as “deer-antics,” Sullivan enjoyed stealing the deer statue from her classroom. (Not taking the deer enough, he joked, is one of his biggest regrets.)

Looking toward the future, Sullivan is positive college is his next step; however, the “where” is still undecided. He plans to focus on political science, legal studies, or another academic major that pertains to government. Before he graduates from college, Sullivan wants to spend a summer traveling. A vacation to South Africa to visit his cousin or a cross-country road trip are possibilities for Sullivan.

With Christmas around the corner, Sullivan recounted a few of his favorite holiday traditions, including decorating gingerbread houses and hanging lights. He even has his own special ornament: a dolphin that only he can hang on the tree each year. Sullivan added that his wish for Christmas this year, though he knows that world peace is the “right answer,” is a used BMW or Toyota Land Cruiser.

When given the choice of taking anyone in the world on a sleigh ride, without hesitation, Sullivan chose Michelle Obama.