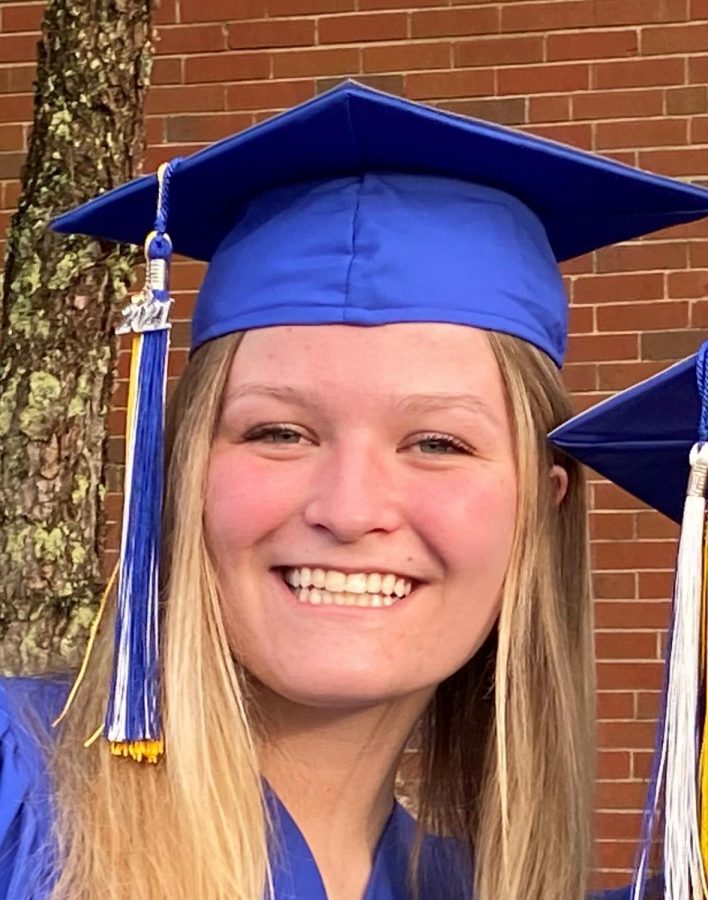 Several adventurous seniors plan to venture beyond the U.S. to pursue their college education: Valerie Cavanaugh, Emma Huggins, and Cleo Belber are looking forward to attending college in a foreign country.

Valerie Cavanaugh, the first of our Scituate Sailors to hop the big pond for college, will be spending her post-high school years at Trinity College Dublin in Dublin, Ireland, where she will study biological and biomedical sciences. Cavanaugh is confident a foreign life will suit her nicely; in particular, she looks forward to living in an apartment with five or six other students and having complete independence in her studies and outside life.

Though Cavanaugh’s enthusiasm is undeniable, she is also realistic: “I’m nervous for the little changes when adjusting to life in Ireland, for example, using the Euro instead of the dollar every time I buy something or checking the weather and it being in Celsius instead of Fahrenheit,” she said.

According to Cavanaugh, the application structure of schools in Ireland is “tailored to fit prospective students from their own countries just like ours does.” To distinguish herself from the local competition, Cavanaugh reached out to the admissions team.

Cavanaugh said she was certain the “traditional college experience” wasn’t for her. She is equally confident her post-college life will not be in the U.S.; with the relatively easy and inexpensive travel opportunities in Europe, a life of adventure awaits this Ireland-bound senior.

Another member of the Class of 2021 who is venturing abroad for college is Emma Huggins. She hopes to study in Paris, France, in the fall through a program offered by Emerson College and Paris College of Art. Having her heart set on the program for more than two years, Huggins said this opportunity fits her career-based goals. The program combines the strengths of Emerson’s renowned visual and media arts program with the excellent studio art instruction from Paris College of Art. Students spend three academic years in Paris, where they benefit from the highest international standard of film and art education within an American academic framework.

One of the most appealing aspects of the program, Huggins explained, is the size–only 25 students. According to Huggins, being accepted was “too good of an opportunity to miss out on.” Hoping to be “extremely inspiring as an artist,” she was fortunate enough to receive a scholarship. Her larger concerns lie with her safety in a new city and what she described as “the fear of the unknown.” Having never ventured to Paris before, Huggins is hoping the sense of community within the school will facilitate a smooth transition.

When asked what advice she would give to rising seniors who are considering studying abroad, Huggins said, “It can feel like a scary jump, and I can’t necessarily tell you if it is or isn’t yet, but I think every person should go outside of their comfort zone if given the chance and the privilege to do so.”

SHS senior Cleo Belber will also be departing the United States following graduation, but she has chosen to remain slightly closer to home: she committed to McGill University’s Class of 2025 in Montreal, Canada. With plans to major in international development studies with a possible minor or double major in Romance languages and literature, Belber’s future plans are undoubtedly ambitious. Belber said she is “really looking forward to being a part of such an intercultural community that values each person for their diversity and the unique perspective they bring to the table.”

Deciding on Canada, however, was not an easy choice for Belber. With her eye on Tufts University in Boston, as well as Occidental College in Los Angeles, California, the decision ultimately came down to Belber’s desire for new experiences in an unfamiliar location where she felt she could better pursue her passions. Interested in a bilingual environment where she could be fully immersed in French culture, Belber said she has “a lot to learn about the world outside of the US.” Saying, “I know that McGill is an awesome place to gain a broader perspective on global issues,” Belber ultimately hopes to become a “more aware, humble person.”

Elaborating on the challenges of applying to a foreign school, Belber described her own frustrations with the international application process. The outdated online resources of McGill made applying difficult to navigate, as the Canadian university process generally has students submit their grades manually.

Belber’s excitement for the years to come is undeniable. The soon-to-be graduate has excelled in both her academic and extracurricular endeavors, being an athlete of three sports and a member of various clubs, such as Model UN and serving as secretary for student government. Although McGill’s acceptance criteria are based solely on grades and SAT scores, there is no doubt that Belber’s involvement in her school community has made her well-equipped for what lies ahead. While at McGill, Belber also plans to be involved in intramural soccer, running, journalism, and political activism.

For incoming seniors considering studying abroad, Belber advises they be on the lookout for available scholarships, as they can provide an extra benefit to the already lightened financial burden of higher education outside the U.S.