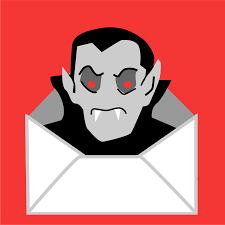 Dracula Daily will renew your interest in a classic story

Many people have only experienced Bram Stoker’s Dracula through uninteresting lectures and book reports (perhaps with the help of their good friend, SparkNotes). Many more people have never experienced the novel at all, and are only familiar with it through its numerous adaptations and its lengthy, lasting legacy leading to a long list of lurid, leech-like, lowlifes. However, this (much like the words exclusively starting with L’s) is coming to an end thanks to the inception of a newsletter called Dracula Daily.

According to them, “Bram Stoker’s Dracula is an epistolary novel… and every part of it has a date…So: Dracula Daily will post a newsletter each day that something happens to the characters, in the same timeline that it happens to them.”

What started out last year as a small thing shared between under 2,000 people has grown into a book club over 25,000 strong.

For background, this format of only telling the story through letters, newspapers, journals and telegrams can only work as a novel, and as a result, heavy alterations must be made to what actually happens in order to preserve the horror. In addition, due to Dracula being the novel that codified many tropes about vampires, modern audiences are immediately clued in to what is happening the second weeping villagers press rosaries into one of the protagonist’s hands. To put it simply, no part of Dracula is able to be directly translated anymore.

In addition, due to many people’s lack of desire to read classics outside of when their English teachers require, often due to a perceived difficulty, pretentiousness, irrelevance and many other reasons, there are surprisingly few people familiar with one of the most famous vampire novels in history (the most famous one if we don’t count vampires that sparkle).

At this point, you may be wondering, “What does this have to do with Dracula Daily?” or “Why did I click on this article?” or “What did I eat for breakfast this morning?” I’m only capable of answering the first of those, and probably not very concisely, so buckle up.

All of what has been discussed so far is critical when it comes to understanding Dracula Daily’s boom, along with many reasons not yet listed: the lack of familiarity with the book has led to many experiencing it like brand new. Without actually knowing what is coming next, readers are only receiving small snippets of the story, creating suspense as they wait to find out what happens next. The format of receiving emails in real time lets readers feel closer to the characters because not only are they experiencing it along with them, but it also feels as if the characters are personally reaching out to you, the reader, to tell you something. Finally, a large community has formed around with people reacting live to what happens as they joke, make art, and discuss the events.

And thus, one guy named Matt Kirkland who decided to do a small, but fun project has succeeded where thousands upon thousands of English teachers have failed: he made people invested in Dracula again.